Monk Joseph And The Devil 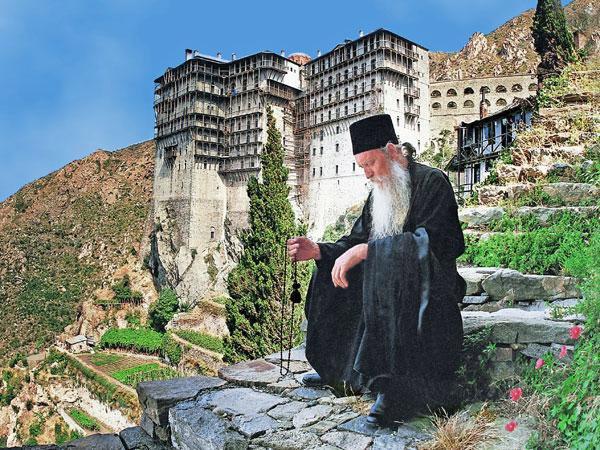 In the Skete of Agios Panteleimonos in Koutloumoussi, the monk Joseph wanted to repair, on the floor of his hut, a board that had been broken.

He cleaned off the rot, took accurate measurements, cut the board and went to install it. When he put it in place, the board was bigger. He took it, cut off the excess, and went to put it back on. He saw that it was smaller than it should be.

Gero – Joseph, was a carpenter by profession. He takes the measurements a second time, cuts another board to exactly the measurements needed, went to put it in place, but again there was too much, he cut it, and when he went to nail it, it was smaller. Then he lost his patience and angrily said: “Damn it, devil, what’s wrong with you, what can I do to make you fit? I measured you four times and cut you four times, now what the hell is wrong with you and you don’t fit’?

This suffering monk, instead of saying the wish and invoking the divine help in his work, preferred to mention the devil, who was not late but asks for such opportunities, so the devil appeared before him, with all his his fierce form and said to him: “You called me an old man, what is it, what do you want? I’m here to help you.”

Terrified, Gero-Joseph made his cross, gave up the board and ran to his Spiritualist to confess, but from then to today more than 30 years have passed and he cannot recover, he was left with fear and a daydream in his mind, as a reward from the devil.

Let this be a lesson to all, young and old, not to tell the devil, not even for jokes. Because the devil makes a man angry and on top of his anger, he makes him curse or blaspheme the goddesses, and if he does not succeed in this, he persuades him to tell his fellow man, his brother, his child, or even himself even, “To hell with it.” This becomes a vicious habit and many parents send their children to hell.

While a person can acquire good habits and instead of saying “go to the devil”, say “go to the wish” or “go to your good” or as the fathers used to say “may the wish take you” or “God may he have mercy on you”, which is the best of all. Thus man is accustomed to wish and always say good things, according to the Holy Bible “bless and do not curse” (Rom. 12, 14).