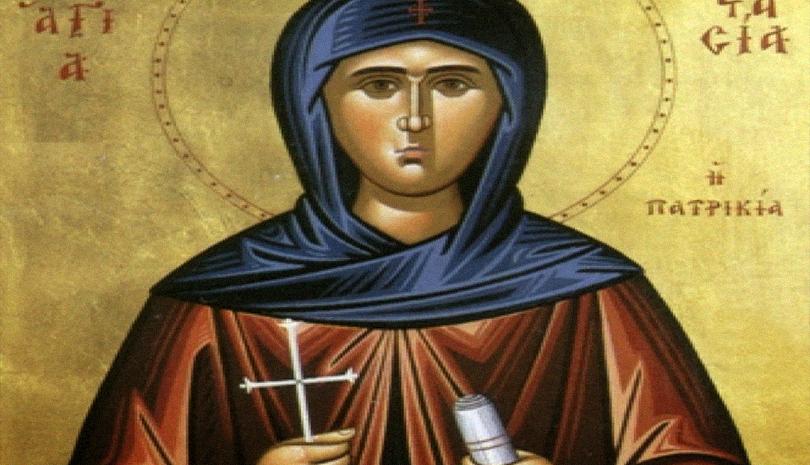 It is celebrated on March 10 of each year

Osia Anastasia came from noble and wealthy parents and was one of the most God-fearing daughters of Byzantium, in the years of Justinian the Great (527 – 565 AD). She was the first attendant of Queen Theodora, and Justinian, for her wonderful merit, gave her the title of patrician.

Her virtues, however, caused the envy of the queen. Anastasia, in order to extinguish any reason for envy, took part of her property and fled to Alexandria. There, in a place called Fifth, he built a Monastery, which was called the Monastery of Patrikia, and lived an ascetic life.

But when she learned that Justinian was looking for her, she left the monastery and went to Abba Daniel’s hermitage, to whom she told what had happened. After he dressed her as a man and renamed her Anastasios, he placed her in a cave next to Skete and two monks brought her what she needed. At the same time he told her never to leave the cave, nor to receive anyone. She was locked up there for 28 years.

When she foresaw her end, she invited Abba Daniel and, after receiving communion of the holy mysteries, surrendered her righteous soul.