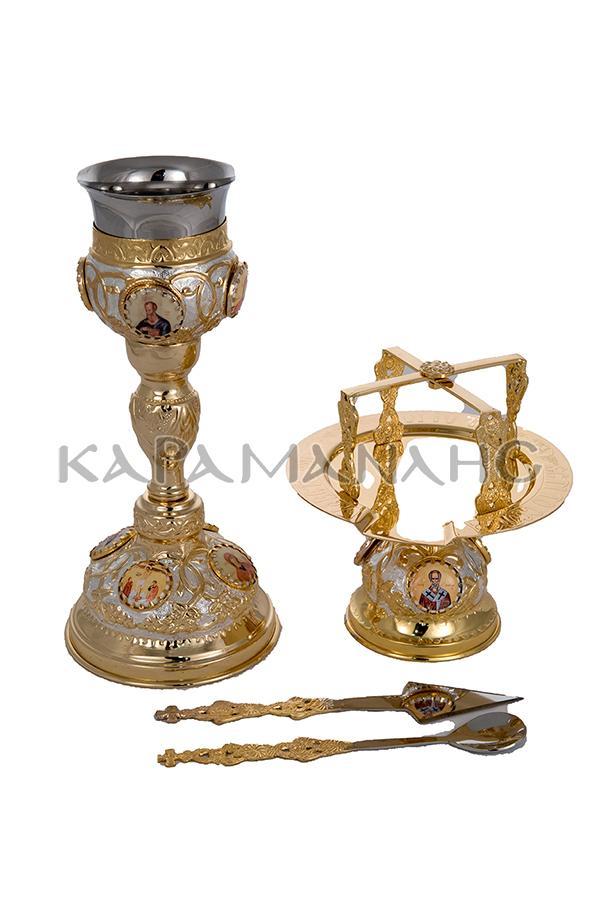 Blessed Dimitrios Panagopoulos (1916-1982), the theophanyist lay preacher, even preached at the “Sotiria” hospital, where others did not approach for fear of tuberculosis.

He was followed there by the priest Father Dimitrios Papantonis, who confessed tuberculosis patients and celebrated the divine service.

One day a doctor, who was watching the sermons with concern, approaches the preacher and says:

Mr. Panagopoule, it is impossible for the priest to pour out the contents of the holy chalice. So many patients communicate from it, and as is well known, the tuberculosis germ is transmitted by saliva. So what does the priest do with the leftover Body and Blood of the Lord?
Does he pour it into the melting pot? But is this not a great sin?
Such a thing never happens, countered the preacher. Christ is not infected by germs. And from the holy Mysteries there is no danger of contamination.

But the doctor couldn’t believe it. Then he urged him to attend the next divine service, and at the end to stand somewhere, so that he could see the movements of the priest at the time of catalization. So it happened.

The doctor saw with his own eyes the minister catalyzing the contents of the holy chalice. She even saw him pour nama two or three times, making sure that not a trace of the Lord’s Body and Blood remained.
Since then, the doctor not only believed, but also went to church and communed with the patients.